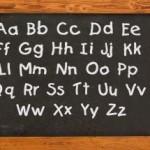 The official languages on Curaçao are Dutch and Papiamento, but most Antilleans communicate in Papiamento. Government documents are usually available in Dutch, however, and especially older residents of Curaçao still speak fluent Dutch.

The history of the Papiamento dates back to the 17th century, when Curaçao was a center of the Dutch slave trade. The West India Company transported large groups of people from South America and Africa to the Leeward Islands to work on the plantations or salt fields. Many slaves were also sold to other countries. In their need to communicate with each other, the slaves developed their own language, at least that is the main theory. Especially Portuguese, Spanish, Dutch, English and native Creole languages influenced the language as it is spoken and written today.
Even if you go on vacation alone, Antilleans greatly appreciate it if you speak a little Papiamentu and show interest in the language. Papiamentu is also spoken on Aruba and Bonaire, but there are slight differences in spelling and pronunciation between the islands.