The TUI ticket sale has started again. That means big discounts on airline tickets at TUI. This year, the promotion runs from August 22, 2016 to September 11, 2016. You can book a trip in the period from September 1, 2016 until March 31, 2017. That will be ultimate enjoyment on Curacao for only €399! That's what you call a price breakthrough! Fly with the dreamliner of TUI in the fall or winter months to Curacao and enjoy this beautiful island. Book quickly because they fly out!

In the period 19 August 2015 to 13 September great discounts on airline tickets and vacations at Arke. Curacao is 1 of the top destinations during this ticketsale and you fly to Hato already for €499 per person! This is the price of a return ticket from Amsterdam to Hato. The period in which the trip should take place is from August 19, 2015 to March 31, 2016. What are you waiting for? Take a quick look to see if this latest "Arke" ticket sale has something great for you!

Check out the offer! 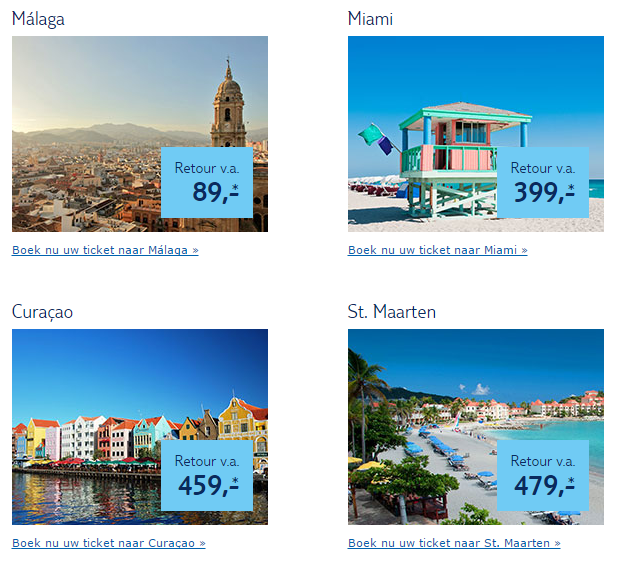